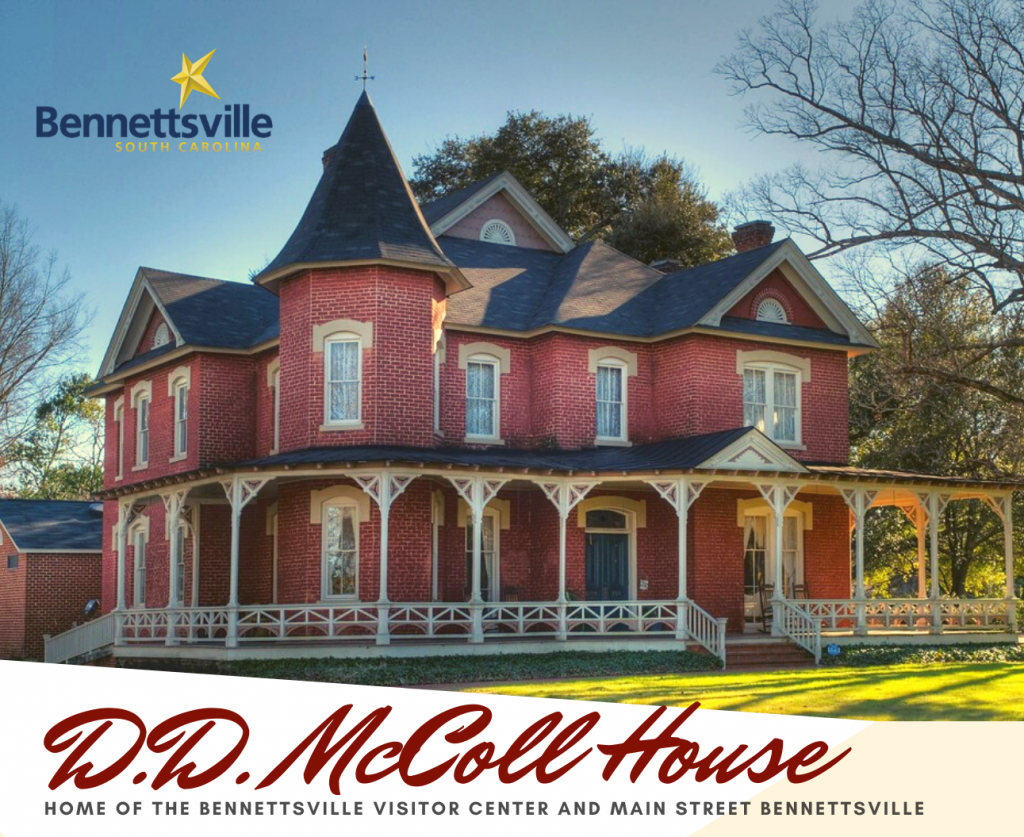 Construction of this two-story Queen Anne style brick house featuring a turret and one-story porch with trim began in 1882 and was completed in 1884. It is built with bricks made from local yellow clay stained to simulate red brick.

The structure was built as a family home by Duncan Donald McColl, local attorney, banker, and entrepreneur. Because of his efforts, the Cape Fear and Yadkin (NC) Railroad was extended from Fayetteville, NC, to Bennettsville as the SC and Pacific Railway in 1884. He served as the train company’s first president. He also helped organized the Bank of Marlboro, Marlboro County’s first bank, in the 1886 and was instrumental in promoting and establishing textile mills in Bennettsville in 1897 and the village of McColl in 1890’s and early years of the 20th century. Soon thereafter, the neighboring town of McColl was named for him.

The residents of the house had been direct descendants of McColl until it was acquired, in 1980, by Hartsville-based Mutual Savings & Loan Association for its Bennettsville office. The City of Bennettsville purchased the building and opened it as the Bennettsville Visitor Center in 2006 through funds made available by an Opportunity Grant from the South Carolina Department of Commerce. Main Street Bennettsville is housed within the building as well.

The Visitor Center is currently open Monday through Friday from 9:00 a.m. until 5:00 p.m. See visitbennettsville.com for additional information about our city and surrounding community. 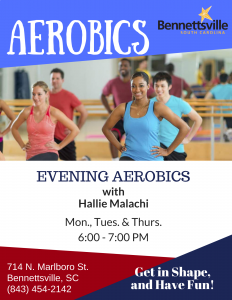